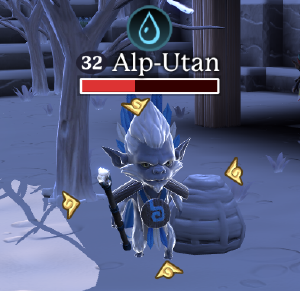 Alp-Utan are elusive creatures found in icy environments. First encountered in 2-03 Hintertown in small numbers (1-3 on small), Alp-Utan and Bamb-Utan are the only way to acquire Fur in the game.