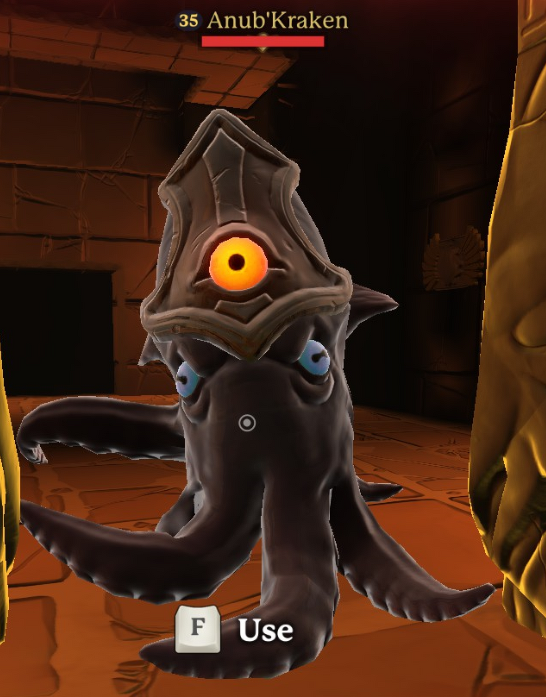 Anub'Kraken are the hardest enemies in C'Thiris' Tomb. They will lurk in the bottom levels, and deal heavy damage to any intruders. They will use one of two attacks. Most often they will send a string of 6 orbs that will explode on contact. This attack is very hard to dodge, as the balls follow the player, and is deadly at close range. The other attack is rarer, but the Kraken will start spinning, going for the player. It's best that the player makes use of height difference when either of the attacks are used - Anub'Kraken always spawns in areas with 2 floors, so player can move in between them to dodge its attacks.