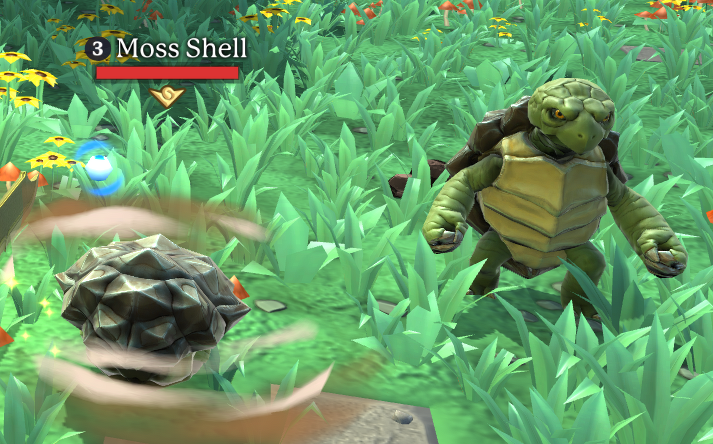 The Moss Shell is an aggressive creature and will attack a player on sight. Initially, the Moss Shell is not very visible as it is always hiding in its shell which is very low to the ground. It will rise to its two hind feet only when the player approaches.

Once the Moss Shell is in range, it will begin spinning and moving towards the player. The spinning Moss Shell is difficult to dodge as it is very fast. Any contact during this phase will cause damage. It has no other attack pattern, and is vulnerable either when standing or when spinning.