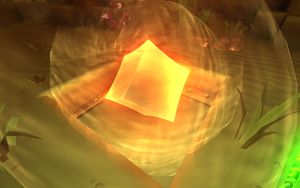 Sandstorm Crystals spawn only during the Sand Storm event, with three appearing per event. The player must destroy all three crystals to complete the event. Sandstorm crystals can be spotted from a long way off because they produce a column of light directly above themselves. They are easiest to see at night. They can spawn anywhere on the surface of the island, and on any of the small surrounding islands.

Although they count as mobs, Sandstorm crystals do not move and will not attack the player. However, during the event, Pyr-Utans will sometimes spawn nearby the crystal to protect it. 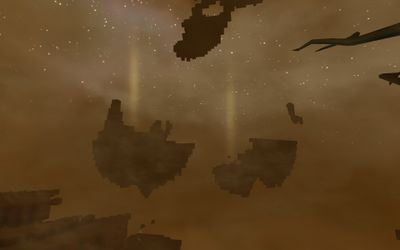 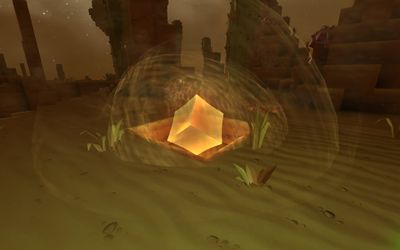